It is my pleasure to welcome Jesse Giles Christiansen, #1 bestselling author in sea adventures. As you know, I’ve spent nine years living on the sea, so these books have a special place on my shelf, and I’ve very excited about Jesse’s upcoming novel REVENGE OF THE SEA.

So over to Jesse. Ahoy!

The Journey of a Mystery – by Jesse Giles Christiansen

The editing for REVENGE OF THE SEA is almost finished, the goosebumpish book trailer is ready, great reviews are drifting in, and I have the best book cover of my career.

So why am I so nervous?

You see, with Pelican Bay, there was no time to think about anything. It was my first published book, and like a dreamy-eyed Adam in the Garden of Publishing, wearing geeky glasses, a dog-eared tweed with patched elbows, and torn jeans, I personified blissful ignorance.

I lived on that island for a long time, afraid to venture back to civilization, to face the aftermath of a bestseller. But after sixty days, bearded, emaciated, and alone, I knew I had to go back. We all have to. Even Stephen King can’t stay on a bestseller list forever. Besides, I would soon learn that sixty days was quite a feat.

When I came back, I was ignorant, walking around like a dazed, overgrown child. The bestselling author, Jeff Bennington, told me that the best marketing for an author is to write another book. I suppose this is where the Captain Shelby Trilogy idea was first born.

I wrote the second book, completely clueless about how to sustain a trilogy or, most importantly, of what the journey of a mystery truly consisted. I told the story behind the old fisherman that changed my life forever. But with book two, Captain Shelby, I only walked on the gleaming crystal sands of Bestseller Island for a few days. Though I’m proud of book two, and it has great reviews, my readers wanted more, and my trek to understand why was not over.

Things are different today because I feel I’ve grown a lot since my last book. I took a close look at Pelican Bay and realized that it has been my shiny schooner to that craved island because it was not just a mystery, it was a journey of a mystery. Readers don’t care about mysteries, they care about the journey of the mystery, and the secret, new, strange road they walk with different characters.

My publisher, Imajin Books, who was there to break the champagne bottle against my schooner and wave me off to Bestseller Island a few years ago, is still here. We talked about the trilogy, and agreed that I had to get back to the roots that made Pelican Bay what it was. In short, telling a good story and crossing the t’s and dotting the i’s of the trilogy wasn’t going to be enough. I needed to take my readers on a final journey, one with all the basic ingredients that Pelican Bay possessed.

So that is what I’ve done. Only this time, I believe the journey is richer, deeper, and final. A new character, Mr. DM, is the missing element, the yin, a judger of humankind and, most importantly, the haunting tour guide that I owed my readers this last time.

After all, the only reason I finished the trilogy was for you.

Yours in the journey,

And what is REVENGE OF THE SEA book about: 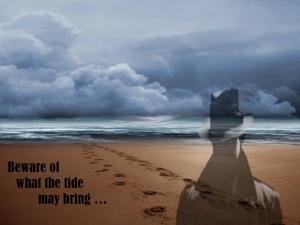 Beware of what the tide may bring…

Ethan Hodges is deeply unsettled when thousands of decomposed starfish inexplicably wash up along the shore of Pelican Bay. As the ominous sea epidemic spreads to other marine life, he continues to see a suspicious-looking man loitering on the beach.

To solve the mystery, Ethan seeks help from longtime friend, Sheriff Dansby, and Reagan Langsley, a beautiful marine biologist from Lighthouse Point. Spurred by curiosity and jealousy, Ethan’s estranged wife, Morgan, joins them in the investigation.

When the elusive outsider is finally arrested, an enigmatic relationship develops between Ethan and the man. With cautious prodding, Ethan learns that the fate of the world appears to rest in the hands of the tall stranger named…Mr. DM. 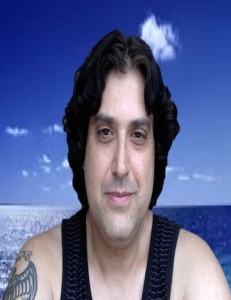 #1 bestselling author in sea adventures, Jesse Giles Christiansen is an American author whose page-turning fiction weaves the real with the surreal, while also speaking to the human condition. He was hailed by New York Times bestselling author, William R. Forstchen, as “leaving readers so tantalized by the story lines, they think the events actually happened—a demonstration of skill surely to launch this author into the big leagues.”

Jesse was born in Miami, FL, playing on beaches as a boy, the sky bronzing him forever and the sea turning his heart lyrical. After spending a summer in Alaska before graduating from Florida State University with a degree in literature and philosophy, he wrote his first novel, Journey into the Mystic.

He feels he is haunted by Hemingway’s ghost, not just by the poster in his writing studio that stares at him, saying, “What else you got?” but also by having a café called Hemingway’s in the small European city where he writes. Finally, Hemingway became his neighbor on Amazon when his novel, Pelican Bay, outsold Old Man and the Sea.

He currently lives in Lüneburg, Germany, with his wife and their precocious White Siamese cat.

To learn more about this author, visit him at:

Next week it is my thrill to host romance novelist Kat Flannery on Mystery Mondays. So if you need some more love in your life, stop on by. But wait…she also writes paranormal, historical and western.