This week on Mystery Mondays we have Viv Drewa, also known as the Owl Lady. I met Viv online via blogging. She’s hosted me on her site, and we comment back and forth on writing. Viv generously shares Mystery Mondays on a regular basis, so if you’re inclined to share, now’s your chance.

Maybe in the comments below, Viv will let us know why she’s called the Owl Lady.

These three genres can be used alone in any combination depending on the book you are writing. But what’s the difference? Let’s look at each one.

Mystery: a detective or other law enforcement person, or really anyone will be in a position to solve a murder or some type of puzzle, and finally exposes, or captures, the villain. Throughout the novel the reader has no idea who the villain is until the end of the book.

Thriller: The victim is in danger throughout the book and is generally someone with a bit of a sordid history them self. In order to clear his/her name the victim pursues the villain and ends up with sometimes harrowing escapes. In the end the victim brings evidence to the proper authorities clearing his/her name. The victim, and the reader, learn who the villain is as the story progresses.

Suspense: These books let the reader in on who the villain is from the get go. The victim or victims realize there is a deadly problem but have no way of knowing the who or why. The reader will be on edge until the villain is caught before he/she kills or kills again. Some of these books in a series may end as a cliff hanger. 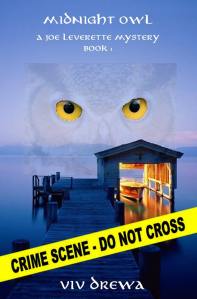 Heather North had felt as if someone were following her for a while now, weeks to be exact. The sensation was driving her crazy. She lived in a relatively safe area with a short walk from her parking spot to her apartment, but the feeling was much stronger tonight and it made the walk look a lot farther.

Behind the large SUV to the left of her car, a figure waited. He watched Heather get her purse and sweater out of her car and lock the door. He watched her look around nervously, checking her surroundings before heading to her apartment.

The one thing that Heather really didn’t like was that there was no fence between the parking lot and the small wooded area next to it. Her insecurity tonight made it feel even more ominous. A great horned owl gave off three quick hoots making Heather jump and almost drop what she was carrying.

Before she had a chance to step away from her car, a strong arm wrapped around her waist and a damp cloth was clamped tightly over her mouth. She dropped her purse, keys and sweater and everything went dark.

When Heather awoke she felt groggy and very cold. She found she was bound to the top of a cold steel table. Her arms and legs were stretched apart, and she was naked. She was horribly cold but even more terrified. Her heart beat hard against her chest like it was going to explode. The room had a nasty, pungent smell, like animals. There was a door off to her right.

Frantically, she looked around and saw that she was in a small dimly-lit room with nothing in it except for the table she was lying on and another small table, which was about six feet from where she lay bound. On it she saw a small chain saw and some other things she couldn’t make out. Her stomach became a ball of fear, knotting tighter and tighter. Except for the two tables, the room looked filthy. There was a bright light hanging on the ceiling just above her. It was the only light in the entire room.

From under the door she saw a stream of light and some movement behind it.

The room was so quiet. Even the movement behind the door was quiet, except for the zipper sound she just heard.

“Who’s there?” she called out in a trembling voice that didn’t sound like her own.

The light behind the door went out and the squeaking door opened slowly. A man stood there and looked at her. He was wearing a total-body rain suit, surgical cap and mask. Only his eyes were visible.

“Hello, Heather,” he said in a calm voice.

“What do you want? Why are you doing this? Who are you?” she blurted out.

“Now, now. I’m here to take you on an adventure. One that will allow you to pay for all the misery you’ve caused to a lot of people,” he said with his calm voice. “I’m going to make sure you’ll never hurt anyone again.”

He turned and reached for a pile of what looked like fabric straps from the table. They were four strips. He began applying one of them to each of her limbs, tightly, like a tourniquet, a few inches below her torso.

She became more terrified; the tourniquets hurt as he tightened them around her legs and arms. This made her more frantic, not knowing what he was going to do. She tried to think of something to say but all that came out was, “Please, please don’t hurt me.”

“Now, now. This will be nothing compared to the grief and misery you’ve caused six people, and two were even family,” he said in his calm voice with just a slight inflection when he said family. She looked into his eyes and that frightened her even more. His lifeless eyes were so dark she felt as if she was falling into them.

Once he finished with the tourniquets he turned back to the table and picked up a small electrical chain saw.

“This is going to hurt. I won’t lie to you,” he said with a smile showing through the mask. He started the saw and Heather felt as if she were going to vomit.

“Now just lie still. I’ll be done in a second.”

He began to cut her left leg a couple of inches below the tourniquet.

Heather screamed and thrashed trying to get out of her restraints but to no avail. The pain was excruciating! She started hyperventilating. He quickly finished cutting off her left leg and stopped. He saw her breathing hard.

“Now just relax. We have four more to go.” His calm demeanor terrorized her even more. “We don’t want you passing out just yet.”

He stopped and waited for her to slow her breathing a little, even though he knew it wouldn’t get anywhere close to normal.

“If you breathe too hard you’ll lose blood a lot quicker.”

She couldn’t talk, she was in shock. All she could do was to stare at him. He said he had four more to go. Four more? What four? He had only tied on four tourniquets.

He saw her looking at him with wide-eyed terror. Her mouth moved but nothing came out.

He walked around the foot of the table to her right leg.

“Remember what I said. This is going to hurt.” His voice was still calm. With that said, he started the saw and proceeded to cut off the right leg.

Again she started screaming, wishing she could pass out from the pain. Her bladder and bowels emptied. His cut was quick but the pain was still agonizing!

“I see we had a little accident,” he said, moving the leg away from the excrement on the table. “I’ll get to that in a little while.”

Heather tried desperately to think. What could she have done so wrong that she deserved this? She wasn’t that bad of a person. Sure, she knew she pissed off some people but she only wanted what was best for her and her kids. Was this monster hired by her ex-husband? Was it her ex-husband? He was a bastard but he wouldn’t do anything like this, would he? She wondered if she was even thinking clearly.

He checked his work on her right leg, and being satisfied, walked to her right arm.

“I’ll let you rest for a while. Then we can get back to work,” he said and took the severed leg to the other side of the table. She saw him put it in a black trash bag and fasten the top. Then he took the other leg and did the same. He looked at Heather and she could see the smile behind the surgical mask.

“F you!” was all she could say in a weak, raspy voice. “Why don’t you just cut my head off and be done with it?”

“Oh, that’s the encore my dear. We must get the limbs off first. Since you have no preference, I’ll start with this one,” he said as he walked to her right arm. He turned on the saw and proceeded to cut off her right arm.

Heather couldn’t take the pain anymore. She was sure she was going to pass out this time.

He stopped and shut off the saw. “Maybe I’ll let you rest for a minute. You’re not looking well.”

“F you,” she tried to say. She was getting weaker and colder. Even with the tourniquets, she was losing some blood from where he had cut.

He took her detached right arm and walked over to the table, carefully, almost reverently, placing it in the bag and tying it shut.

He looked over at Heather and saw that she was still awake and that made him happy.

She felt as if she were losing her mind. Is this a dream? A f-ing dream? The pain was so real. Then Heather saw him coming back to her left side and he had the saw.

“Two to go,” his calm demeanor made her more furious but she was too weak to even speak anymore.

She closed her eyes when she heard the saw and the little energy she had left allowed her one weak scream.

“Now I will put this in its bag and we can get on with the rest,” he said and put the arm in the bag.

He picked up the saw and walked over to her again.

Heather shook violently from fear and loss of blood. What the hell could be worse?

“Now, my favorite part,” he looked into her eyes and smiled. “Are you ready?”

He picked up the saw and turned it on. “I hope you enjoy it as much as I do,” he said and brought it toward her head.

“No, no, no, please, no, no,” she could barely speak. She prayed she’d pass out before he started to cut her neck. The terror worked against this and she laid there, eyes opened wide and mouth trying to scream.

He smiled sweetly and brought down the saw.

“Now, wasn’t that the … what’s the saying? ‘The cat’s meow?’” he laughed hysterically and shut off the saw.

He walked to her side and released both tourniquets on her legs at the same time, then her arms.

Blood flowed quickly and Heather’s body began to convulse as the remaining blood quickly poured onto the table and squirted the wall. Some dripped down to the floor. He put the saw down on the small table, then stroked her hair and closed her eyes.

He picked up her head and turned it around in his hands.

“So pretty, but such a bitch,” he said and put her head into its trash bag.