Sometimes Kristina likes to look at pictures of me when I was a puppy. Check out the “stick” I’m playing with.

Kristina threw it and said, “Fetch.”

I trotted after it, lay down, and chewed it. Like I’d pick something up and bring it back to her. No matter how hard she tried, I wouldn’t return with the stick. Finally I told her, ” It’s a twig not a stick.”

Of course I could. But would I chose to? That’s the important question. 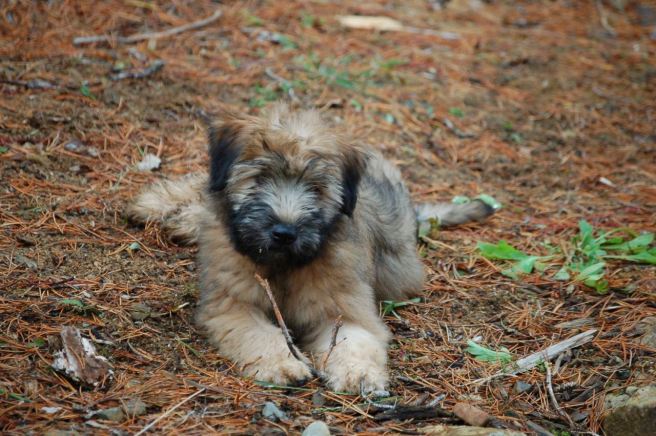 I think I was pretty cute and wagged my tail at her. No fetching a twig for me. And just so you know, to this day, I’ve never fetched a stick.